Climate Change – what future are we facing? 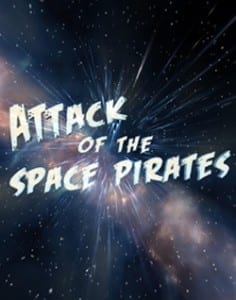 Clark Planetarium presents its first action adventure space show, one that is sure to appeal to the whole family, including young teenagers!Hidden somewhere in the vast reaches of space is an alien technology so powerful that it threatens the very galaxy itself. A gang of rogue pirates will stop at nothing to find that technology and unleash its awesome power against the rest of the universe.
Now, only one valiant ship stands between the pirates and their total domination of space. It’s a race against time for the Starship Intrepid as it seeks to find the alien technology first while defending itself against the attack of the space pirates!
This show is rendered in a stunning photo-realistic style, one that will not only transport you into the stars, but to the very edge of the galaxy itself. Embark on a thrilling adventure that has something for everyone: alien planets, exploding stars, black holes, evil villains and a series of space battles that will keep you on the edge of your seat. If you think our other shows put you into the action, wait until this one grabs you!