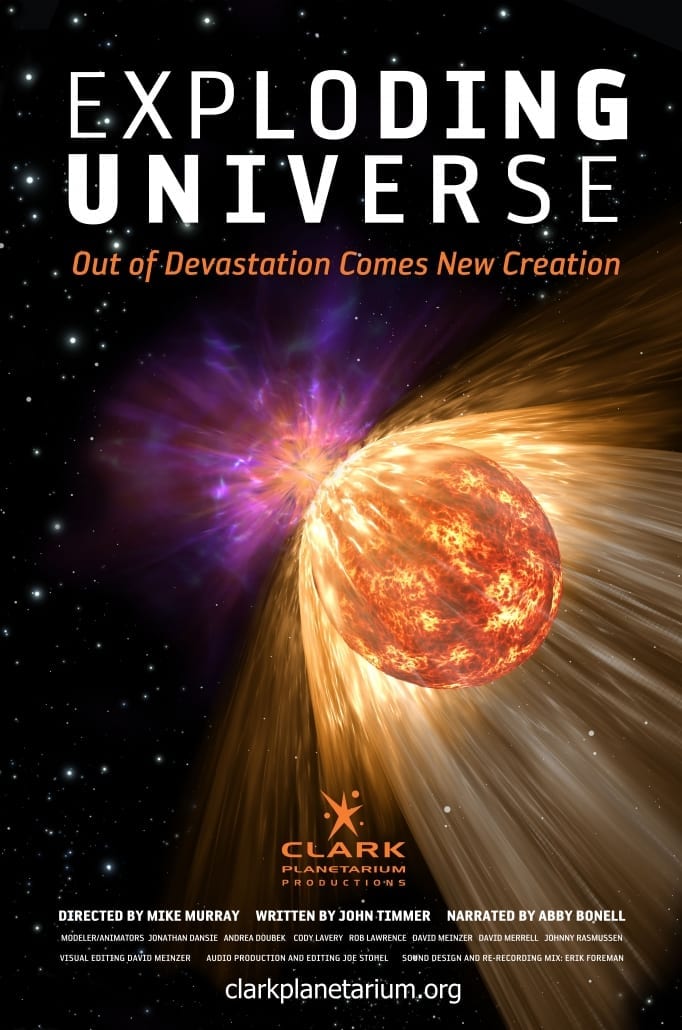 When giant stars explode as “supernovae” they seed the galaxies with heavy elements that make planets and life possible. Some collisions we are only just now starting to understand. For example, when Black Holes collide, they can throw off some of the most energetic particles known, ripping and warping space as they go. But other outbursts have profound effects as well, such as the beauty and power of supervolcanoes which have contributed to the transformation of our world into the life bearing oasis we now enjoy. The smallest of explosions, such as the forced impact of high energy particles, can echo the foundational events of the early universe.

As the universe has transformed into the structure we live in now, even the most elementary particles have endured. This show follows the path of one of these “particles,” a proton, as it participates in nature’s astounding events of rebirth and renewal.
“Exploding Universe” represents the most ambitious commitment of time and talent that Clark Planetarium Productions has ever invested in. It was mastered in full 4k X 4k resolution and a frame rate of 60 frames per second (lower resolutions and 30fps are still available). 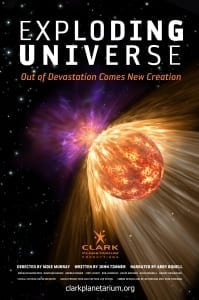