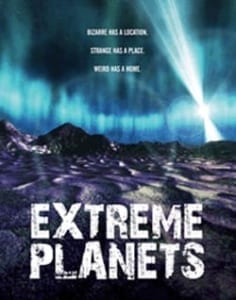 Just over a decade ago there were no known planets orbiting sunlike stars outside our own solar system.Since 1995, however, fast-paced developments in astronomy have revealed over 400 extrasolar planets–with the pace of discovery increasing all the time. Though it will be years before we have direct images of the surfaces of these worlds, this show gives us an idea of what they might look like – up close and personal!

In this original production we’ll explore the idea of what “Earth-like” even means, and take an immersive journey to several worlds that may stretch the imagination, but aren’t science fiction anymore.

Legends of the Night Sky: Orion
Scroll to top