Moles – What is out there? 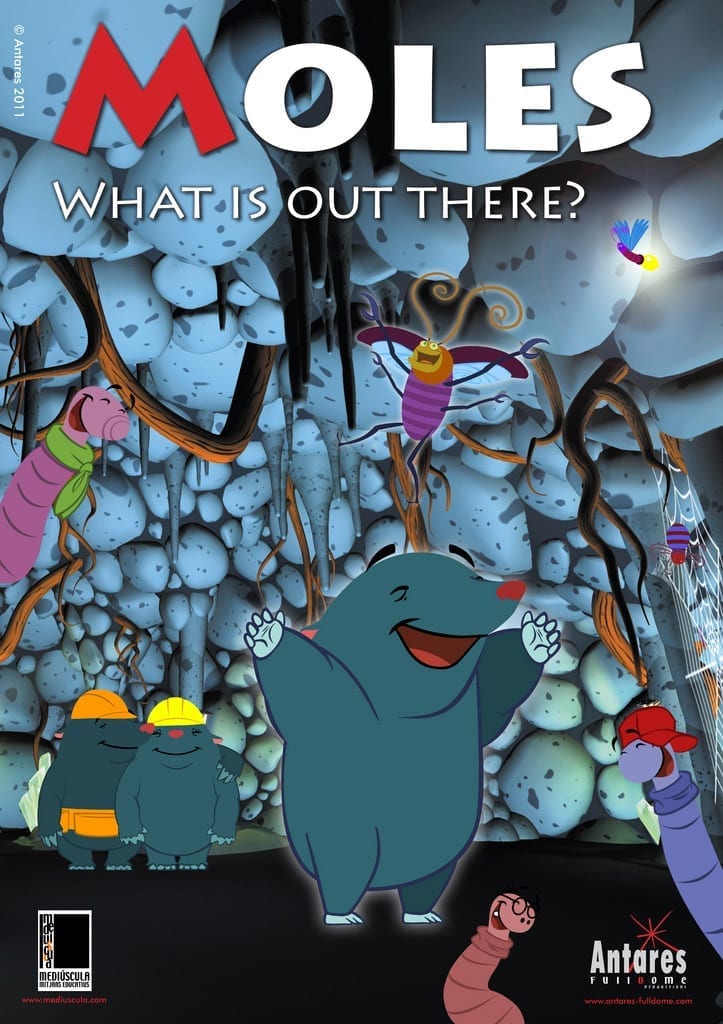 Plato lives deep underground in a dark burrow full of mystery and surprises together with his mum and dad.

He is a restless, curious and thoughtful creature. Plato is fascinated by the light that penetrates the entrance to his home. Sometimes it is lit; sometimes it is off… Why could that be? Our young friend is desperate to see what is out there in the outside world and one day he finally gets to see it all! Plato discovers day and night, the sun and the moon, and the stars! Plato’s best friends are Alfa, Beta and Gamma with whom he loves to sing… and go treasure hunting! Good thing that the professor Socrates keeps an eye on our young friends… as sometimes things can get a little out of hand…! The story has been inspired by the Greek philosopher Plato’s “Myth of the Cave”. The film MOLES stands out for the beauty and simplicity of its visual design. Characters and setting are developed with clear and tender consistency. The illustrations are suggestive, warm and very expressive. They are filled with poetic messages that will stir the imagination of boys and girls.

In this co-production with Mediúscula, young children will be introduced to the fascinating world of astronomy in a fun, simple and very humorous way, hand in hand with the little mole. The animated characters and the attractive backdrops of this fulldome entertainment show will keep the audience captivated. 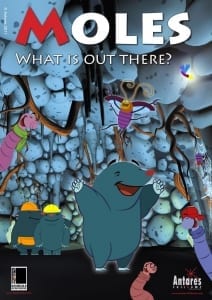