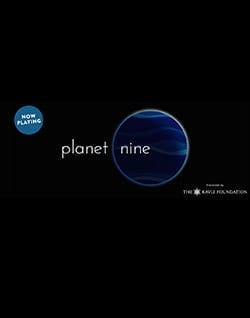 In July 2015, the New Horizons spacecraft gave us our first close look at Pluto, the most famous dwarf planet in the outskirts of our Solar System. The New Horizons flyby was big news, and the pictures it continues to send back to Earth reveal a world far more complex than anyone realized.

Using nothing but their wits (and high-powered telescopes and a thorough understanding of orbital mechanics), these intrepid explorers are making new discoveries about how our Solar System formed—and what it may be hiding.

Follow Mike Brown and his team at CalTech as they uncover dwarf worlds like the remarkably bright Eris; Haumea, an egg-shaped object rotating incredibly fast; and Sedna, whose orbit takes it deep into the far reaches of the Solar System. Is there a new planet beyond these distant objects? We’ll tag along on Mike Brown’s first night searching for the ninth planet at the Subaru Telescope in Hawaii. Join us on the hunt!

Khrumka’s Adventures in the Winter Forest

The Secrets of Gravity
Scroll to top