The Birth of the Solar System 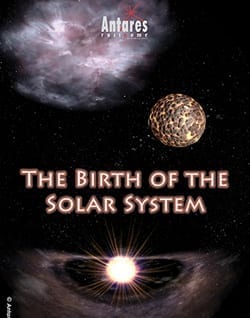 How did our Solar System originate? What chain of events led to its creation?

The film takes us through the phases of its creation, from the condensation of the initial cloud of gas and cosmic dust, to the final formation of the universe.

How can we know it happened this way and not through any other mechanism?

Just as detectives look for traces of evidence to clarify the circumstances surrounding a crime, astronomers analyze the prints of the event from which the Sun and the planets originated. These footprints are the impact craters that are found in almost all the bodies of the Solar System, including the Earth, which show that the creation was violent and that what today is a relatively quiet place was in another era the setting for the bombardment of rocks from space.

The Celestial Railroad
Scroll to top