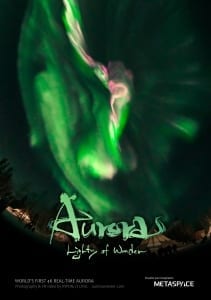 Astro-photographer Mr. O-Cheol KWON took these eye catching footages during the Aurora Substorm 2015 which was a unique experience even for the photographer who spent several years for this phenomena.

Pictures cannot fully capture auroras as they are. An actual Aurora would move faster as it becomes brighter and brighter. To reproduce such amazing aurora experience, we filmed real-time images of auroras with ultra-high sensitivity cameras.

For the first time in the world, the entire night sky was captured in super-resolution VR of at least 4K x 4K by connecting a number of cameras.